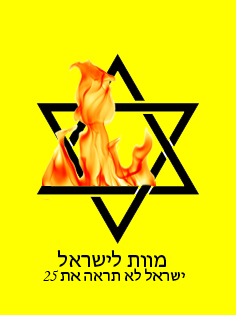 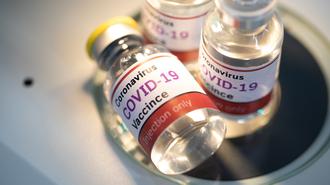 The illegitimate White House, in collusion with the mainstream media, is continuing to fearmonger with endless Wuhan coronavirus (Covid-19) propaganda, the latest narrative being that scary new “variants” of the alleged virus require more layers of masks and more vaccines. These so-called variants, however, are a direct product of Chinese Virus injections.

New research out of Tel Aviv University found that the South African variant, as they are calling it, is primarily showing up in people who have already been injected with the messenger RNA (mRNA) gene therapy syringe from Pfizer and BioNTech.

The study, which has not yet been peer-reviewed, indicates that the B.1.351 variant of Chinese germs is eight times more prevalent in people who were injected – 5.4 percent compared to 0.7 percent – versus people who are just saying no to the jab.

The study looked at 400 people who had received at least one shot of the Pfizer-BioNTech injection and who had also contracted a Kung Flu variant. This group was then compared to the same number of people who had become infected but were not injected with any chemicals for Chinese germs.

“It is the first in the world to be based on real-world data, showing that the vaccine is less effective against the South Africa variant, compared to both the original virus and the British variant,” stated Prof. Ran Balicer, director of research at Clalit Health Services, which also contributed to the study.

Researchers say they were shocked by the findings, seeing as how government officials the world over are insistent that Wuhan coronavirus (Covid-19) vaccines will “cure” the plandemic once everybody receives them.

“Based on patterns in the general population, we would have expected just one case of the South African variant, but we saw eight,” expressed Stern to the Times of Israel. “Obviously, this result didn’t make me happy.”

“Even if the South African variant does break through the vaccine’s protection, it has not spread widely through the population.”

No corresponding data exists for the Moderna jab because that one was not included in the study. Our guess is that there would have been a similar outcome as Moderna’s injection contains the same technology as Pfizer’s.

“These preliminary findings necessitate close continued attention to the dissemination of this strain in Israel, emphasizing the need for epidemiological monitoring and systematic sequencing, in order to contain further spread of the South African variant in Israel,” Stern added.

“This means that the Pfizer-BioNTech vaccine, though highly protective, probably does not provide the same level of protection against the South African (B.1.351) variant of the coronavirus.”

Despite these problems, Israel is continuing to push its residents to get injected in order to buy, sell and travel throughout the country. Israelis are being told they must obtain a “vaccine passport” in order to participate in the “new normal,” otherwise they will be relegated to second-class citizen status.

“I do not understand why people are getting the vaccine in the first place,” wrote one Epoch Times commenter.

“The COVID-19 death rate is one-tenth of 1%. Allowing something to be put in your body that is not verified or certified is insane. There are about 320,000 viruses in the human body. Perhaps we should let nature take its course for this particular virus.”

The latest news stories about Chinese Virus syringes can be found at ChemicalViolence.com.

Sources for this article include: